Digging Out the Savings

A study commissioned by Orion Energy, formerly Shortland Electricity, and Pacific Power has suggested that open cut coal mines in the Hunter Valley region of NSW could reduce energy costs by an average of up to 20%.

Denis Cooke of Denis Cooke and Associates and Colin Randall of C Randall and Associates, presented a paper on the findings to the annual conference of the Australian Institute of Mining and Metallurgy at the end of February this year.

Entitled ‘Energy Use Benchmarks for Open Cut Coal Mines’, it showed that energy costs are generally equivalent to annual profits.

This, they said, indicates that a saving of 20% in energy would directly result in a 20% improvement in mine profit.

In some of the mines surveyed, the saving could be as much as one or two million dollars per year!

Denis and Colin were awarded the contract to carry out the study following a tender process.

Denis is an energy efficiency consultant and Colin a consultant in efficient coal mine operation. The study was part of an initiative begun in April 1994 by Orion Energy and Pacific Power. Its purpose is to:
increase understanding among customers of the benefits of energy efficiency and of the benefits of efficient and effective use of electricity, and
achieve increased efficiency in the use of energy in open cut coal mining

The study was formulated to produce credible and meaningful information that could be used to achieve commercial benefits by Pacific Power, Orion Energy and their mining customers.

Its aim was to establish “benchmarks” by which widely varying operations could compare their energy efficiency, ascertain whether improvements were possible and determine the strategy required to achieve improved energy efficiency.

By world standards energy is cheap in Australia but it is still a significant and controllable part of operating costs. Mining management has generally looked at consumption on the basis of cents per litre of diesel or kWh of electricity and the maximum demand charges for electricity.

With few exceptions, the actual monitoring of the efficiency of utilisation of energy is not common in the industry. Equipment efficiency has mostly been assessed according to manufacturers’ energy use specification and not measured in real working conditions in the specific location.

The study found instances where electrical monitoring and recording equipment said to exist often did not, was not properly hooked up or was providing data that was difficult to interpret.

What is not measured cannot be saved, so Denis and Colin collected electricity use data from in-house metering transducers where available or used portable metering equipment. Data was downloaded through data loggers to a PC for comparison with Orion Energy billing information.

Apart from at the coal face, load surveys were undertaken in mine workshops, on conveyor belt motors, in the coal preparation areas and even in mine bathhouses, where it was found there was room for significant energy savings. The study suggested that high efficiency, ground source heat pumps could be looked into for water heating plus space heating the bath houses together with adjacent office and workshop areas.

Denis and Colin encountered similar problems when collecting data on the use of diesel fuel. At one site it was asserted that mine trucks were fitted with on board data logging of fuel consumption but this was found not to be the case.

Historical purchase data was collected but the cost factor had to be adjusted because the mines don’t all pay the same price per litre. Some purchase and store bulk stocks while others prefer the supplier to maintain an onsite facility so that fuel can be purchased as required.

Some anomalies were found. The use of diesel had doubled in a year at one site without any change to output or operating conditions!

The use of contractors who buy their own fuel was a complication as all fuel and electricity use on each mine site studied had to be ascertained and factored in to make the study complete.

The information on electricity and diesel use that was collected was used to calculate mine efficiency on the basis of megajoules and cents per bank cubic metre (BCM) of material moved including coal, the end product of a mine!

This can be used as a common basis of comparison as long as all factors that can vary the equation are taken into account. These can include the ratio of electric to diesel power, whether the mine uses a dragline or electric shovel for overburden removal and especially the amount of overburden that must be removed to reach the coal. A site with a high overburden ratio could be expected to have a higher energy consumption than another site with a lower overburden ratio. 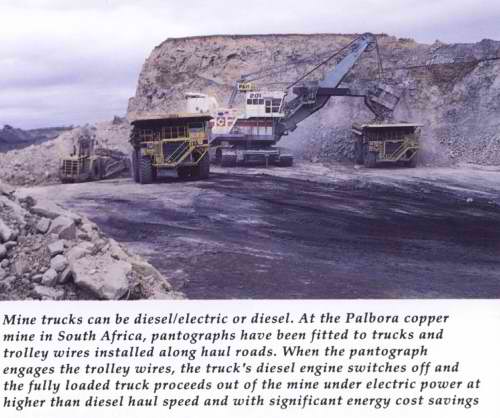 A significant observation during the study involved the variability of electric shovel operation. Shovels driven by skilled operators performed smoothly while those operated by less skilled drivers moved erratically and harshly.

Energy consumption was higher when the equipment was being handled badly. This could be expected to also result in higher maintenance costs in the future. The greater the energy efficiency, the lower the maintenance costs due to less stress, reduced vibration, lower operating temperature and the absence of shock loadings.

Much of the equipment seen was being operated well below designed maximum load levels. In some case this made energy use figures look good until they were compared with output or BCM!

At times of low production, individual modules in modular coal preparation plants could be shut down to keep remaining modules operating at peak capacity and efficiency. Some coal preparation equipment was found to be over designed for the projected workload. Identifying these areas, re-rating them for higher output, instead of adding new plant, could result in energy savings per BCM and reduce the need for further capital input.

Specifying larger equipment can also be of value provided it is worked at maximum load and matched with appropriately sized equipment .. bigger trucks can carry more coal providing they have a bigger shovel to load them! Denis and Colin concluded that all mines could benefit significantly from the introduction of energy management principles and establishment of energy policies for new and existing facilities. 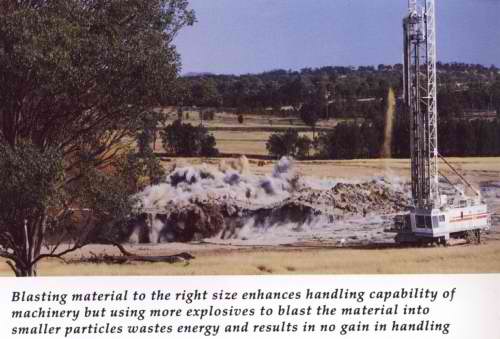 They said using electricity instead of diesel wherever possible could result in large savings. An example is drilling equipment used to prepare blasting holes. Diesel powered drills are often chosen over more efficient electric drills because they can propel themselves around the mine but the drills are most often carried around by low loaders. Alternate fuels such as natural gas or LPG could also be considered as major manufacturers now make alternate energy versions of diesel engines. The study showed that on average mines could reduce energy bills by 20% but some could expect cost reductions of 25% or even more.